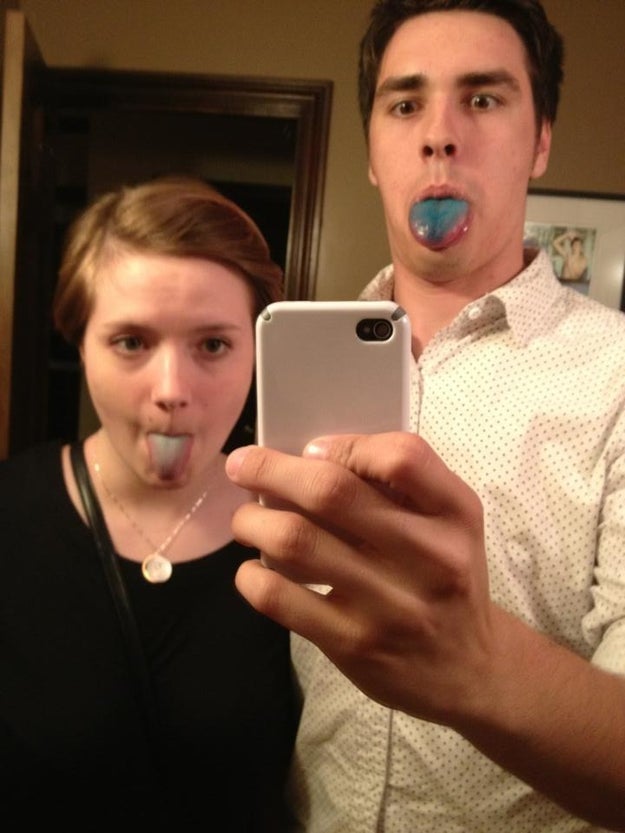 Harrison Bach and Jacqueline Martin dated for three years before breaking up a little over a year ago.

Bach the 22-year-old said Martin’s move from their Detroit-area hometown to Los Angeles was “the first catalyst to all their problems” and “turned into the whole nine yards of everything that could go wrong.”

“What started as just distance turned into like 10 other things,” he said. “It just got brutal.”

The only thing that makes being broken up worse is that their parents hangout all the time and are good friends!

Bach went on to say, “Being that we were each other’s first significant others, first lovers, first all of that, there’s a weird sense of nostalgia,” he said.

When New Year's Eve came around and the two were both back in their home town instead of an engagement Bach had a "quirky idea" and wanted to do a breakup photo shoot!

The idea came into the ex-boyfriend's head from seeing friends in long-term relationships do photo shoots together and thought a breakup shoot would be “ironic and funny” and “artistic.”

“I got the idea, ‘Wouldn’t it be interesting to use that same setting everyone uses for their happy relationship photos in terms of after the relationship?’” he said.

Ex-girlfriend Martin was one hundred percent on board with the idea of trying something artsy and wanted to start the photo shoot right away.

The photo shoot was shot with a self-timer wound up being unexpectedly emotional and therapeutic for the former couple.

“It’s something that reignited the feelings. We’re doing better now, but it kind of made me relive the breakup. It brought it all back,” he said.

“That wasn’t my initial intention, but I’ve been feeling that all day,” he said. “It’s been kind of hard.”

The photos went viral after one of Bach’s classmates who decided to shared it on Twitter.